Welcome to docsfriends.com! Have a look around and listen to our music or book us for your event!

“Doc’s friends” is made up of a group of church friends from East Side Baptist Church, Paragould, Arkansas.  We sing and play bluegrass/gospel music for worship and praise and fellowship.  We sing and play for schools, churches, and civic/professional/government organizations. Traditional BG, Gospel, and original songs.

Lance Monroe Self taught mandolin picking along with the radio. Had to learn chords for band participation. Music background includes singing in church and brass instruments in junior high (many years ago). Writes some of the songs for the group.

Joey Pruett joined the band in 2009 after the 2nd Hungary Tour. He was on the 3rd Hungary tour in 2010 and all subsequent foreign country trips as well as all the local and regional band appearances since then. He plays bass and sings harmony. He is our sound man. He recorded and mixed our last CD which is currently in art work stage. He can be heard playing and singing on band recordings since 2010.

When  Joey was about 5 years old his dad and some of his dad’s  friends started getting together to play country, bluegrass, and  gospel music and eat homemade ice cream. It was at these Hootenannies that Joey learned to play several instruments.

He started playing in Rock n Roll bands in high school. He  swore he  would never play that old music again.

He was fortunate to perform with some of the best bands in the area. And later got into production working with the great legends from Willie Nelson to Loretta Lynn to Reba McEntire.

Then one day he met Doc Monroe and Doc said they were in need of a bass player.

Little did I know that God was setting me up to play that OLD MUSIC AGAIN. A lesson here- Never Say Never when God is in the equation.

She is excited for the next adventure God has planned. She also is on the praise team at Southside Community Church where she has also had the opportunity to participate in mission trips. Carmen is married and she and her husband enjoy fishing, camping, dirt track racing and spending time with their 10 grandchildren. While Carmen has been a part of many singing groups over her lifetime she states "this group has been the biggest blessing because God has been the center of it".

John Williams joined the band at age 15 after the 1st Hungary tour in 2008. He has been on 2nd Hungary Tour 2009, 3rd Hungary Tour 2010 and Canada Tour 2012. He has played at almost all local and regional band appearances since joining the band. He can be heard playing fiddle on all band recordings since he joined.

He grew up just north of Paragould, Arkansas on a cattle farm, now a blackberry and produce farm. He began playing the violin at the age of 9, and he started playing fiddle music by the age of 13.  More than anything, he enjoys using his musical ability to bring honor and glory to God. He is a recent graduate of Arkansas State University and now works there as a university recruiter. He is engaged to be married summer 2018.

Lance Winn is a charter member of Doc's Friends, He plays guitar and sings lead and harmony vocals.  Lance has been on all three Hungary tours, Canada, and Spain Tours. He has appeared with the band in all of the local and regional engagements since the beginning of the band. He contributed to compositions Do We and This Side of Nowhere. He can be heard singing and playing on all our recordings.

He is a native of northeast Arkansas where he's lived most of his life.  He married his high school sweetheart and enjoys spending time with family including his 5 grandchildren.   Lance is a member of East Side Baptist Church where he plays guitar as a part of the rhythm section in the church orchestra. He's a volunteer pilot for Pilots for Christ International and coordinates mercy flights for the local chapter.  A fan of many types of music he stated, "I grew up in a musical family and first started playing guitar and singing when I was thirteen years old, and music has been a big part of my life ever since.  Life would be very boring without music.  Especially bluegrass music!"

Tommy Gerrish is a charter member of Docs Friends Blue Grass/Gospel Band. He sings lead and high harmony, plays the guitar and banjo.  He contributed the groups original song Do We. He is the writer/composer of The Saddest Story Ever Told. He has appeared with the band at most of the local and regional appearances. He can be heard playing and singing in all of the bands CDs.

He now lives in his hometown of Paragould, Arkansas.  He is married to Brenda Joyce Gerrish.  They have five children and fourteen grandchildren.  Tommy serves as a Baptist preacher and song leader.   He is a retired school teacher and principal.

Rick Nunn was the Director of media services at East Side Baptist Church during the formation of the band and serves us as TechnoWizard extraordinaire. 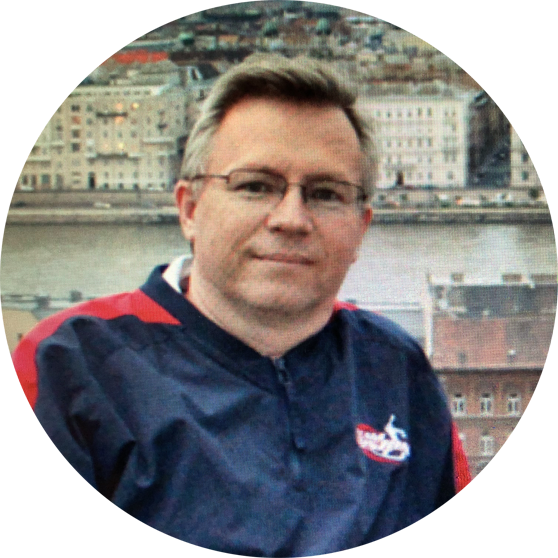 Hunter Passmore joined the band in 2011. He played banjo. He went on the 2011 Canada Tour and played with the band at local appearances in 2011. 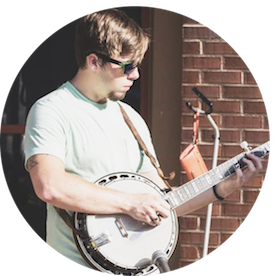 Charles Frazier is a founding member of the band. He is a masterful musician who plays several instruments. He played guitar for our band on first Hungary tour and all our local and regional concerts, live CDs, and some video until he left the band moving back to Jackson, Mississippi area. He co-authored “This Side of Nowhere”.  We miss his playing and kind generous heart. 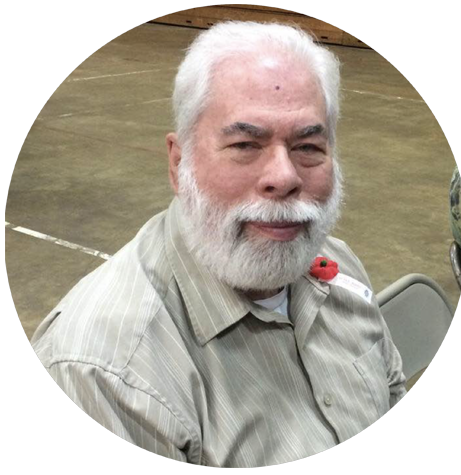 Steven Cole is a husband and father of four who was a part of Doc's Friends from 2007-2010. Though Steven is primarily a keyboard guy, he covered both extremes of the string section - the violin and upright bass (with an occasional harmonica line thrown in)! Steven counts it an honor to have served as worship pastor at Eastside Baptist Church in which the group originated. While with Doc's Friends, Steven went on two European tours to Hungary and participated in numerous local concerts across the state of AR. Today, Steven resides in Fort Smith, AR, where he continues to lead worship, as well as write and arrange choral music and worship songs. 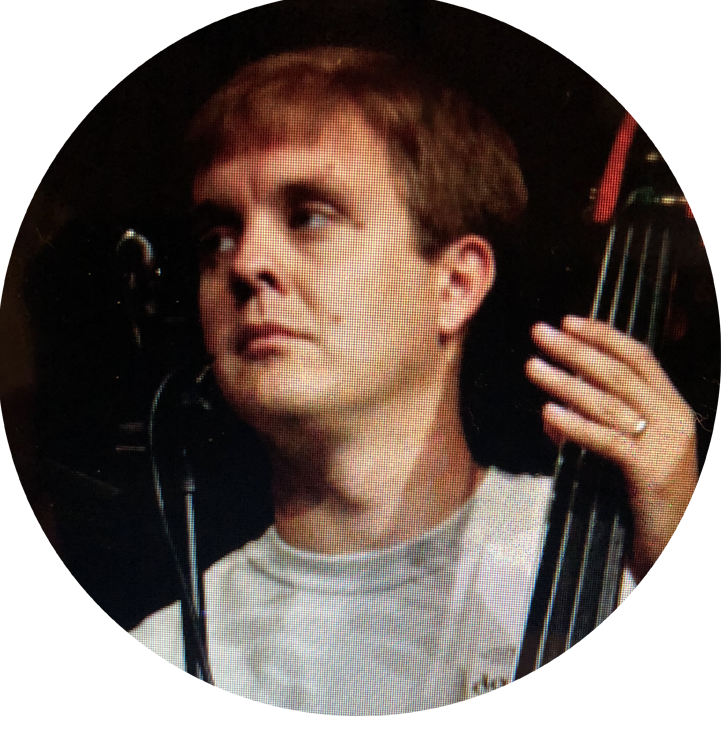